What is a Pulmonologist?

A Pulmonologist is specially trained in diseases of the respiratory system (chest), such as chronic asthma, chronic bronchitis, pneumonia, tuberculosis, COPD (chronic obstructive pulmonary disease), emphysema, AIDS-related pulmonary complications, and complicated chest infections. A Pulmonologist cares for patients with complex pulmonary problems that may not be managed by a general internist. They often function as critical care physicians.

During a pulmonary consultation, a Pulmonologist will evaluate a patient’s respiratory and lung function by asking questions about hereditary diseases, exposure to toxins (asbestos, second-hand smoke) and exposure to infectious agents or a possible predisposition to autoimmune diseases. A Pulmonologist may also inspect patients’ hands for cyanosis or clubbing, respiratory rates, chest wall movement and breathing sounds. 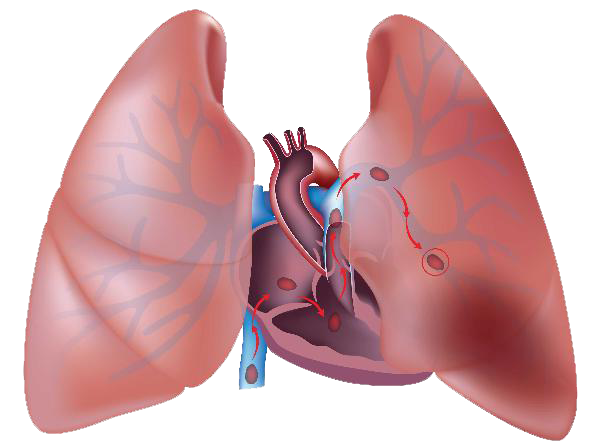 A Pulmonologist will also provide evaluations before major surgeries, which are typically performed by thoracic surgeons, and perform specialized surgical procedures, such as lung biopsies, bronchoscopy, thorocentesis, intubation, and cricothyrotomy.

You have been referred for a pulmonary consultation with a physician who specializes in the diagnosis and treatment of lung disease. Your visit to the Florida Cardiopulmonary Center will include a detailed medical history, physical exam, and possible testing to determine a diagnosis. Please plan on spending a minimum of 1 hour at the center. The consultation is required in the following:

You have been referred for a pulmonary consultation with a physician who specializes in the diagnosis and treatment of lung disease. Your visit to the Florida Cardiopulmonary Center will include a detailed medical history, physical exam, and possible testing to determine a diagnosis. Please plan on spending a minimum of 1 hour at the center. The consultation is required in the following:

Bronchial asthma is a chronic lung disorder resulting from the spasmodic contraction of the bronchial muscles. It is most often referred to simply as “asthma.” Triggered by hyperactivity in the lungs, bronchial asthma is characterized by recurring bouts of obstructed airways, resulting in shortness of breath, coughing, wheezing and feelings of tightness in the chest.

The two main diseases that make up COPD are Emphysema and Chronic Bronchitis. Both cause chronic obstruction of air flowing through the airways and in and out of the lungs.

Chronic bronchitis is a chronic inflammatory condition in the lungs that causes the respiratory passages to be swollen and irritated increases the mucus production and may damage the lungs. The symptoms are coughing and breathlessness, which will get worse over the years. The definition of chronic bronchitis is chronic cough or mucus reproduction for at least three months in two successive years when other causes have been excluded.

Emphysema is a lung disease that involves damage to the air sacs (alveoli) in the lungs. Cigarette smoking is the most common cause of emphysema. Tobacco smoke and other pollutants are thought to cause the release of chemicals from within the lungs that damage the walls of the air sacs. This damage becomes worse over time. Persons with this disease have air sacs in the lungs that are unable to fill with fresh air. This affects the oxygen supply to the body.

ILD is characterized by scarring of the lungs which makes it hard to take a full breath. There are different types of ILD. The most common types are Pulmonary Fibrosis and Sarcoidosis.

Pulmonary Fibrosis symptoms include shortness of breath, coughing and diminished exercise tolerance. The goal of treatment is to decrease lung inflammation and subsequent scarring.

Sarcoidosis involves the entire body causing small growths or lumps. It is a disease that produces inflammation or swelling of the tissues in any part of the body including the lungs.

Sleep apnea is a condition in which breathing stops for more than 10 seconds during sleep. Sleep apnea is a major, though often unrecognized, cause of daytime sleepiness. OSA affects more than 20 million adult men and women in the U.S. Breathing stops because of airway collapse. Airway collapse may be due to extra tissue in the airway, large tongue, or decreased muscle tone holding the airway open. Air is then prevented from getting into the lungs. Most people who suffer from OSA do not realize they have the condition; it is someone else who witnesses the signs. Some of the signs of OSA include snoring, daytime sleepiness, and obesity.

bnormal findings on chest x rays are used in conjunction with a physician’s physical exam findings, patient medical history and other diagnostic tests to reach a final diagnosis. For many diseases, chest x rays are more effective when compared to previous chest studies.

A CAT scan of the lung may be ordered to further evaluate an abnormal chest x-ray. It is vital that we have your films (both chest x-rays and cat scans) at the time of your visit.